An excellent offer of Visegrad at the Belgrade Tourism Fair 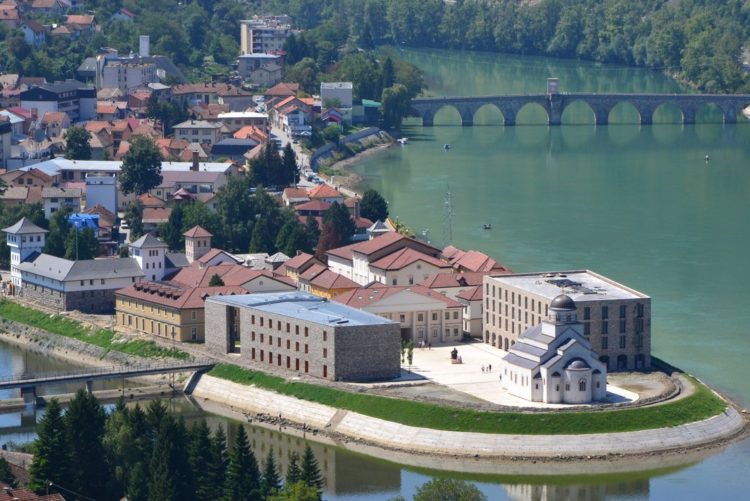 Tourist organization of Visegrad traditionally participates in the International Tourism Fair in Belgrade and can be proud of its exceptional offer, said the director of the organization Olivera Todorovic.
“Visegrad, together with Andrictown, is a destination that is obliged to visit. We are here to present all the contents that tourists can see, primarily cultural and historical sights, monasteries and churches “, said Todorovic to Srna.
She pointed out that this year they also promote the product “nostalgia train”, and “magical tourist circle”, from Zlatibor to Visegrad, and they have the full support of the local authorities, and at the fair are representatives of local government .
Within the fair activities at the booth of the Tourist Organization of the Republic of Srpska, a Protocol on Cooperation between the Municipalities of Cajetina in Serbia and Visegrad in the Republic of Srpska was signed.
The agreement on cooperation was signed by the Mayor of Cajetina Milan Stamatovic and the Mayor of Visegrad, Mladen Djurevic, who said that the agreement is a big event for Visegrad because it means continuing cooperation in culture, sports and other fields.
“The cooperation so far has been on a high level, but I expect it to be even better because we are neighboring municipalities and we should together create better and more beautiful conditions in a tourist and every other sense, and to cultivate real neighborly relations”, said Djurevic. He said that Visegrad can offer a lot to tourists, and that the most attractive locations are the Andrictown, the bridge on the Drina, and numerous cultural monuments.
Director of Tourist Organization of Visegrad Olivera Todorovic said that a significant agreement was signed between the Tourist Organization of Western Serbia and the Tourist Organization Visegrad.
“Our long-term cooperation is crowned by this agreement. Our mutual product is `Magical tourist circle`, which implies the train ride by` Ciro` and our natural beauty – the river Drina, which brings tourists by boat from Perucac to Visegrad, added Todorovic.
She pointed out that Andrictown has provided new opportunities for tourists from all over the world, and according to estimates last year there were more than 250,000 tourists.
Todorovic added that tourism does not know the borders either among people or among religions, and that the desire of people to come to Visegrad goes beyond all obstacles.
Stamatovic said that this example shows that there are no borders and that tourism workers tend to connect with each other and that tourism potentials improve. He added that tourism has progressed rapidly in recent years, and that it has to act uniquely and spread tourism potentials.
“A large number of tourists come to Zlatibor, and they visit Visegrad for one-day and several-day excursions, and this will be the beginning of greater cooperation, with the possibility that the competent institutions understand us, that we have to act as a single market, and that we are less promoting foreign arrangements”,  said Stamatovic.
Director of the Tourism Organization of Western Serbia, Miroslav Radjen said that the cooperation with Visegrad was good before as this city is being seen as an integral part of the region. “A large number of tourists visit Visegrad because Visegrad tourists can change three vehicles, train, bus and boat, and it’s too beautiful”, Radjen added. He said that there are announcements of numerous tourists who are planning to visit the “Magic Tourist Circle”.
Within the framework of the second day of the fair, the Tourist Organization of Visegrad organized a rich presentation of Visegrad’s gastronomic offer, drinks, meat products, homemade pies, pastries, cakes, in cooperation with Visegrad’s restaurants. The specialties were presented by the Visegrad’s restaurants: Kruna, Zlatna Moruna, Mandic, hotel restaurant Andricev konak, as well as bakery Pereca with their selection of pastries. 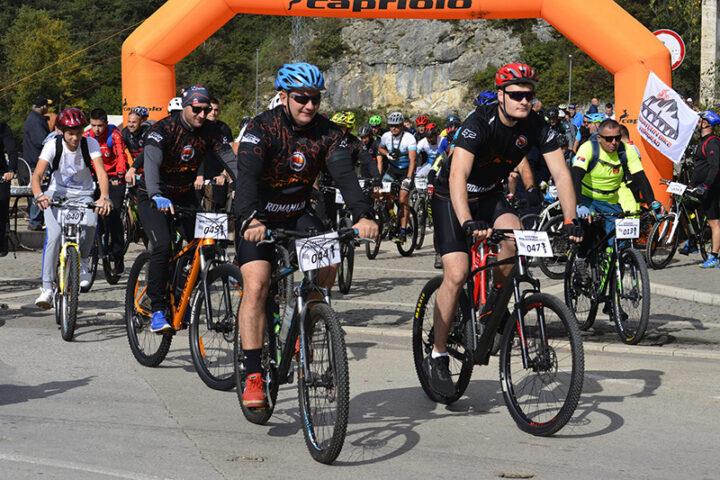 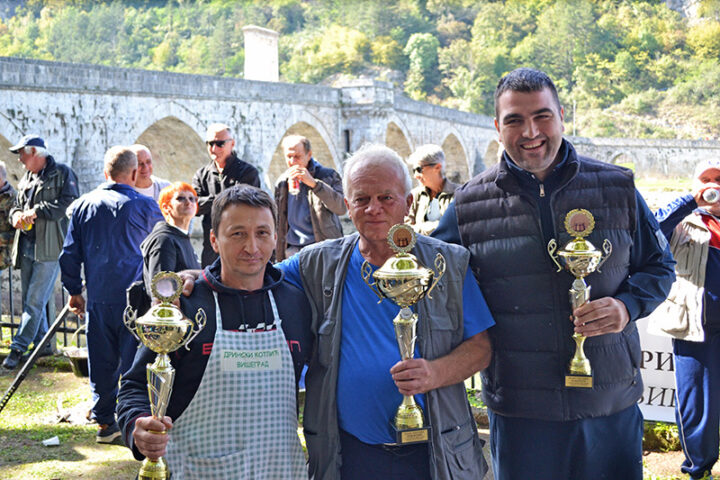 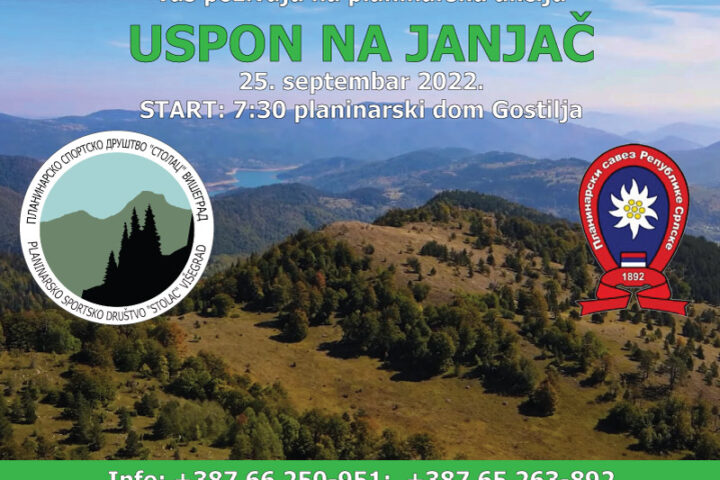 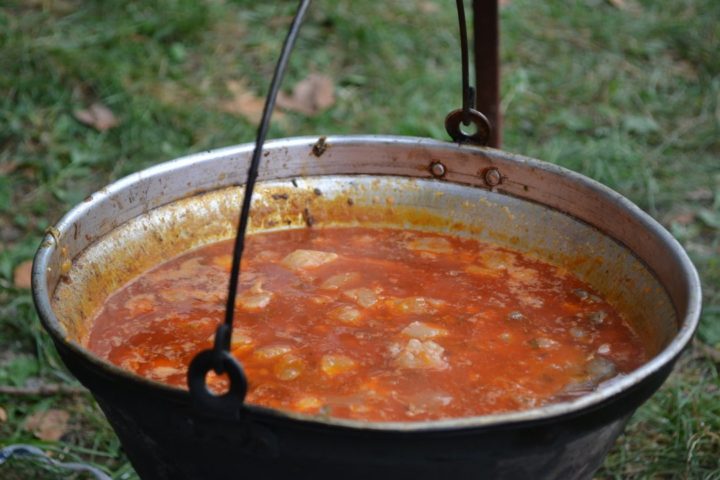 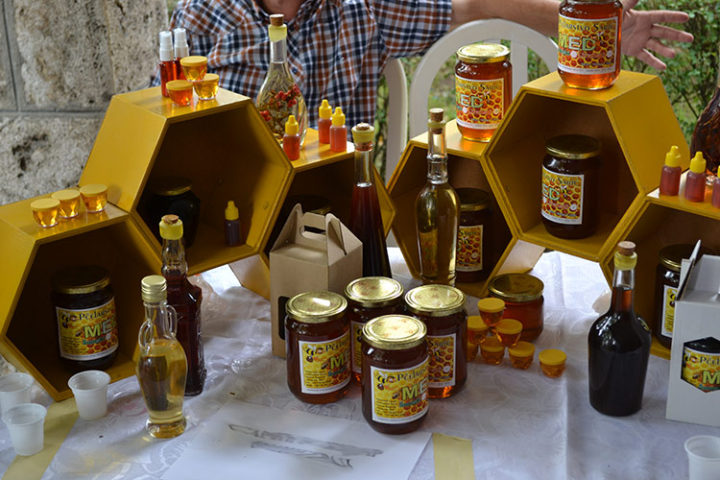 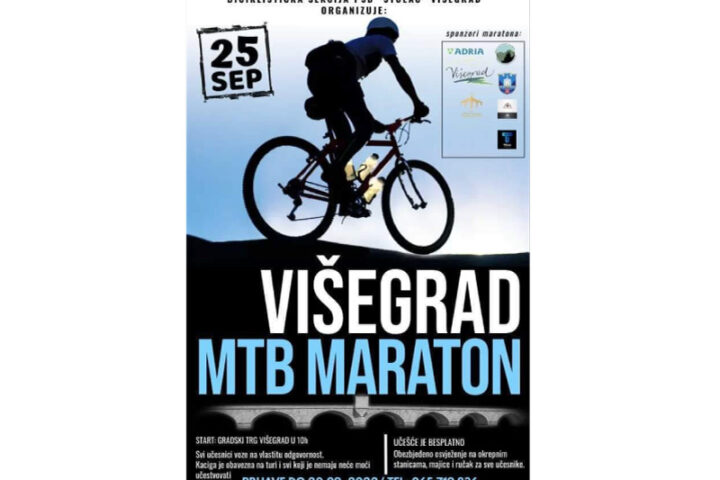 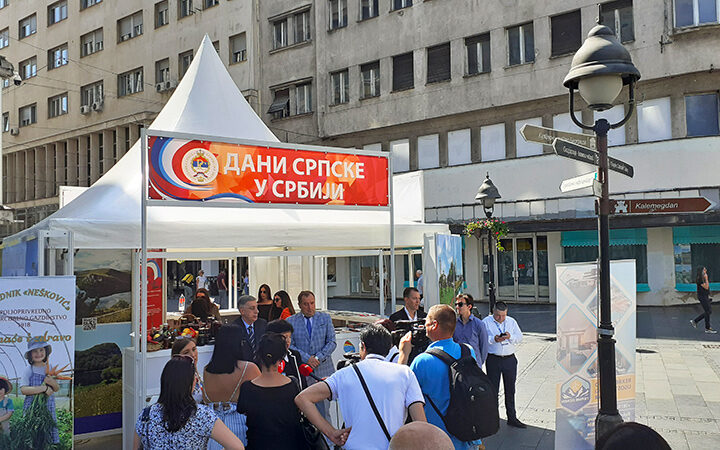 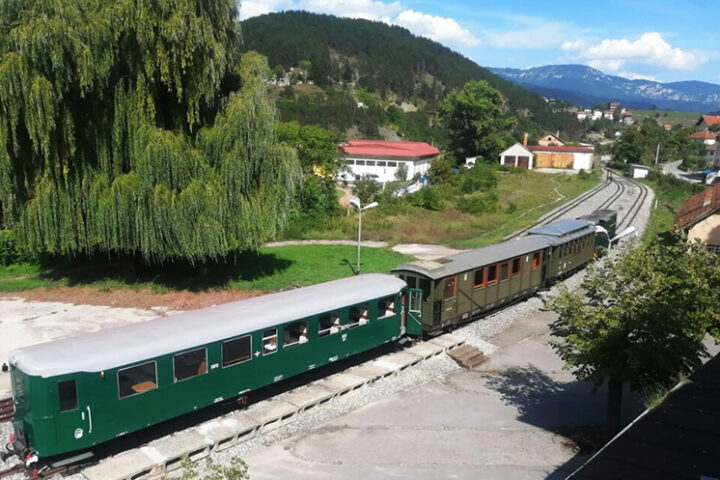 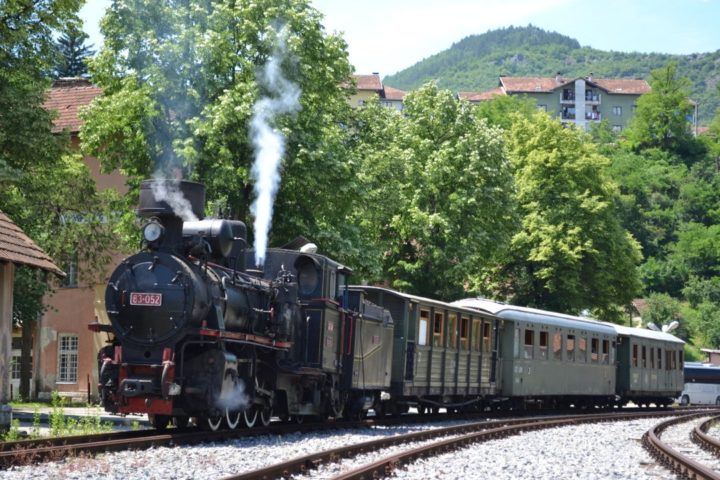 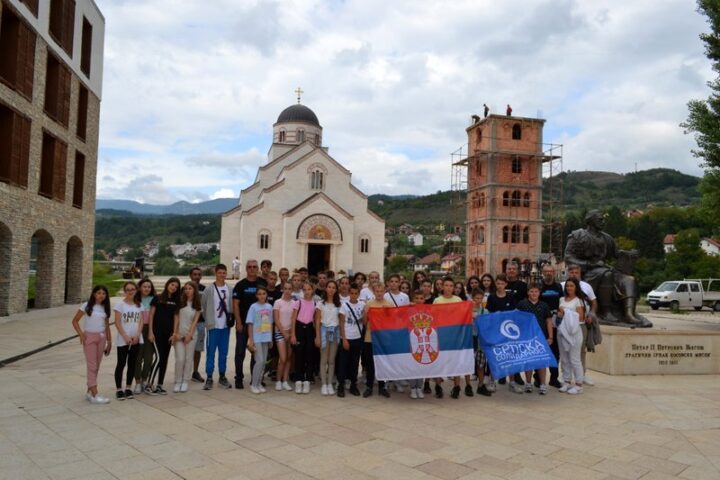